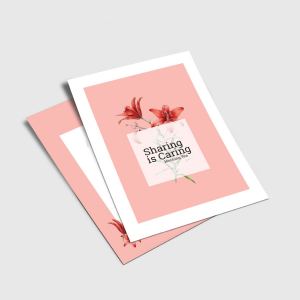 Marketing Eye worked with Women’s Health to implement a public relations strategy as well as organize and promote events. Marketing Eye designed a range of collateral for Women’s Health for their events to help promote the brand and increase brand awareness and excitement. 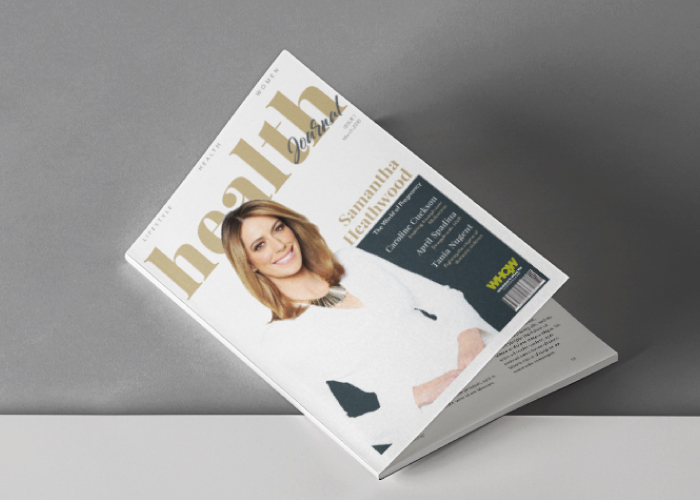 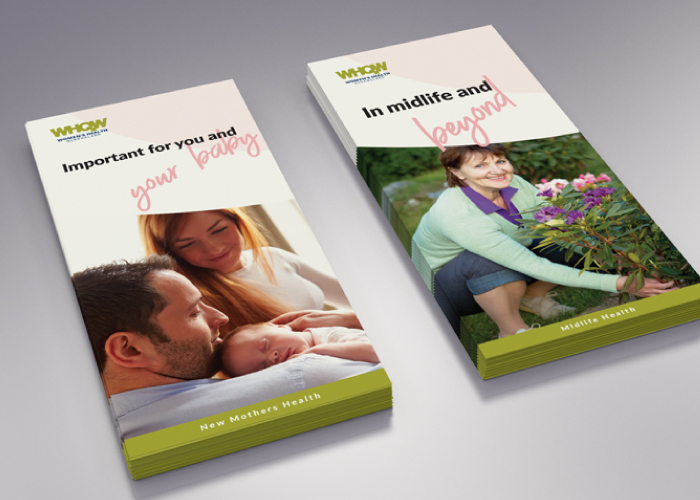 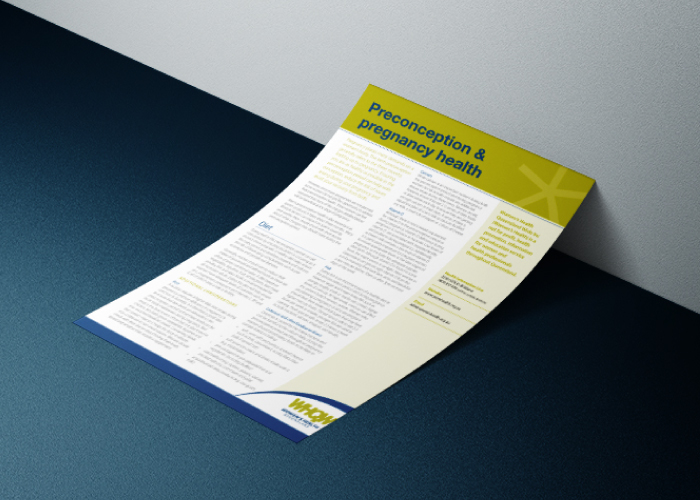 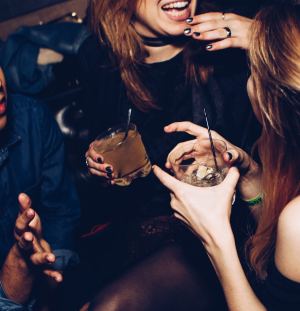 For 20 years I have been in business and it's been one hell of a ride. There are been heaps of ups and a lot of downs, but if I look at the big picture, I am very happy with my choice.

There is no glass ceiling, well no more than there are women who are stopping other women from reaching the top 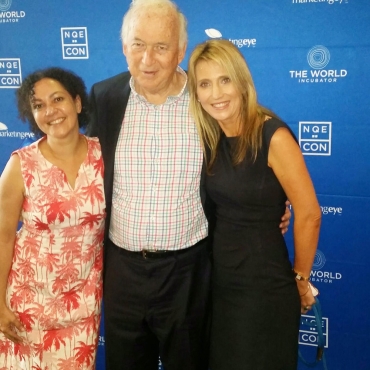 As an entrepreneur, I have found that being a woman has been hugely advantageous to our business and continues to drive our business to new heights as it opens more doors than it closes.

While I have experienced inequality, and yes it has come from men, but overall, it is women that are more likely to hold other women back - and that is fact in today's society. 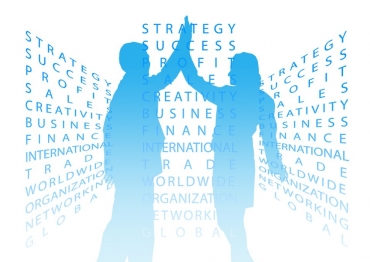 Not just your average day. I started mine at 5 a.m. eagerly awaiting my flight time of 9 a.m. to Sydney, with so much anticipation and excitement, I literally couldn't contain myself. This past few weeks has been very exciting, adventurous and rewarding in so many ways - I can't begin to explain.
Take flight, and risk it all - if you truly want to be an entrepreneur

Like many business people, you have to get up early to take flights or make it to the office to meet a deadline. That is part of the parcel of being an entrepreneur. Some people prefer late nights, but I personally prefer and always have, going to the office or taking off on the next business adventure early in the morning.

Why Women Entrepreneurs Spend Far Too Much Time Criticizing Themselves

Have you ever wondered what it is like getting to first base, ready for the second base but never quite making the home run you hoped for?

As a female entrepreneur, I have big goals, and my dreams are not only something I think about often, I have carefully strategized the execution of a plan to achieve each and every dream I have had for myself.
Why women entrepreneurs spend far too much time criticizing themselves

What Does A Professional Woman Wear To Work? 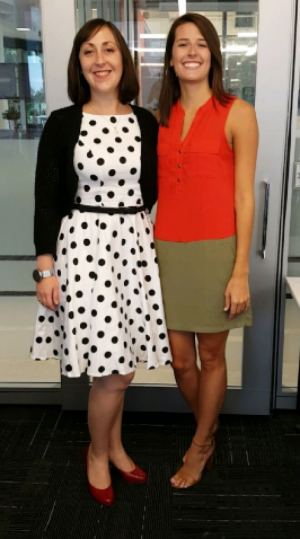 What should women wear to work?

This question is debated by everyone EXCEPT for the women that are actually wearing the clothes. You see, many of us don’t get to choose, we’re simply told what is and isn’t acceptable, as if it somehow has anything to do with how efficient we are at our jobs.
Published in Culture
Read more...
Wednesday, 08 April 2015 00:00

Women are the most powerful buying group in the world

According to studies conducted by Analyst group Merrill Lynch and research firm Insights in marketing, women are the most powerful buying group in the world. And for good reason.

Recently released reports found that spending among women in the US is a staggering $5 trillion dollars a year.

5 Things Everyone Can Learn From Steven Jackson

By chance, I had an invitation to join Steven Jackson's box at Sunday's NFL Game with the Atlanta Falcons versus Chicago Bears. I had never seen an American football game, on television or live, and when the invitation came, I leapt on it like you wouldn't believe. It's an experience, and possibly a bucket list item that I should do while I have the chance and am staying in a city where everything seems accessible.

Through friends, I met Steven Jackson and the first thing that I learned about him was his ability to hold a conversation by asking the right questions. You would think that someone with his type of fame, the type that comes to very few people, would be so used to talking about themselves that they would be completely out of their comfort zone when roles are reversed. Wrong. This man not only has great range in conversation, he is incredibly well travelled and has had experiences that most of us just put on our bucket list, but never get around to doing.

Why women need to stop blowing their own trumpet

I get it... women have been left to the way-side in corporate and in life for many years, and now they are in a time where they can shine and take center stage with all the fanfare attached.

I am a woman and feel incredibly fortunate that I was born this way. In fact, rather than shed a tear for the glass ceiling, I am swinging from the rooftops thanking everyone who cares to listen for the fact that I am a woman and have been given many more advantages as such than my male counterparts.

Some people surprise me 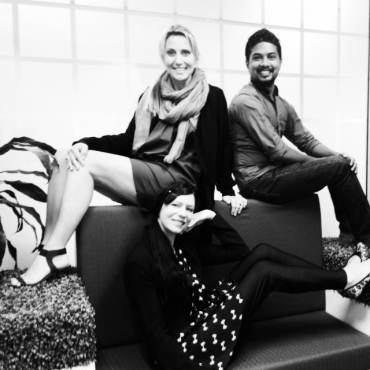 I am curious to know what makes one person in an organization really stand out from the rest. As a seasoned entrepreneur with more than 10 years under my belt, I am constantly being reminded, if not surprised by the most interesting individuals in my team.

Today, I found out two things; the first is that I am not as bad as I thought when it comes to finding a solution to a problem and secondly, that if you give someone an opportunity, its the only way to see if they have the ability to shine or not.

As a person who is no stranger to having to pull up my sleeve, my first thoughts are always that I have to do it on my own - but I have something to share with you and it is that that is not always the case. In fact, if you reach out to your team and share your experiences and problems, they are usually the ones who come up with the solution that is best suited to your business or you personally. Your staff know you better than you think, and if you are delusional enough to think that by hiding in your office, that they don't, then you have a lot to learn.

I have been in Sydney for the last few days and I am so happy to experience the city that I love dearly, with my team. I usually waltz in and waltz out, within a day or two, and have my time so filled with meetings that I don't spend enough time getting to know the people around me.