Why Adam Scott Is The Number One Sportsman For Sponsors

"He's so hot!" is all that I could say while watching Adam Scott in his 2013 US Masters Tournament play-off as he had a birdie putt on the second sudden-death play-off round to beat Argentina's Angel Cabrera.

Not the most intelligent of comments but I must say, even the guys watching Adam Scott were nodding in agreement. They too could see the beauty in this man - his looks and his golfing prowess!

With the excitement mounting in Melbourne for tonights big game with the RaboDirect Melbourne Rebels playing the NSW Waratahs at AAMI Stadium in the FxPro Super Rugby, everyone is waiting with anticipation to see how the 2012 season starts in what is the second game of the competition.

Rugby is the sport of gentlemen. I remember years ago going up to Brisbane to watch Australia play Italy at Ballymore Stadium. Everyone was well dressed, drinking champagne and premium beers, chatting away. The stadium was full of professionals and die hard rugby fans. The atmosphere was exciting and full of life.

Of course the Kiwi's vs the Aussie's is the biggest match in the game particularly if you are from either of these countries.

The little blue box – when marketing is a gamble

Aaaahhh! The little blue box. Every girls dream. Tiffany’s has created a brand that has thousands of people paying a fortune for a stainless steel keyring with its logo on it, just to get the little blue box and any item that is remotely affordable with a Tiffany’s stamp on it.
Published in Marketing
Read more...
Sunday, 28 March 2010 22:00

And the winner is… 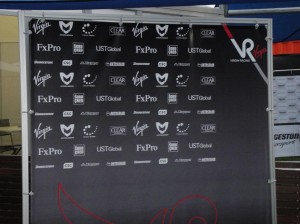 The rev-heads were out soaking up the smell of burning rubber at the 2010 Qantas Grand Prix at Albert Park on the weekend.
Published in Small Business Marketing
Read more...

How to Create Engaging Audience Experiences

Narrowing Down Your Target Audience