Gwyneth Paltrow’s Golden Globes naked dress has left fans with a mixed reaction regarding her wardrobe choice. The actress made an impression at the awards show, but not everyone thought her bold move was the right choice.

The blonde beauty chose a floor-length, earth-toned, floaty, see-through tulle Fendi gown. It left little to the imagination as Gwyneth bared her killer arms and flaunted her toned abs, even though they were covered with a sheer material.

Social media became a buzz with the Oscar winner’s choice of dresses for the Golden Globes. It was one of the more daring and unusual gowns of the evening, and viewers flocked to Twitter to express their two cents on Gwyneth Paltrow’s dress.

Overall most fans were simply asking what in the world was the actress wearing. Gwyneth’s gown had so much going on and yet nothing at all going on at the same time. If it sounds confusing, well, it was to viewers who watched her walk the red carpet in the questionable ensemble.

There were some harsh critics of Gwyneth’s dress. One Twitter user compared the ensemble to the drapes at her mother’s house. Several others pointed out the outfit was nothing more than a hot mess.

Not everyone hated the actresses’ naked dress. Some users found it bold, appealing and praised her daring fashion sense. Gwyneth has a killer body, and people applauded her for not being afraid to show it off. 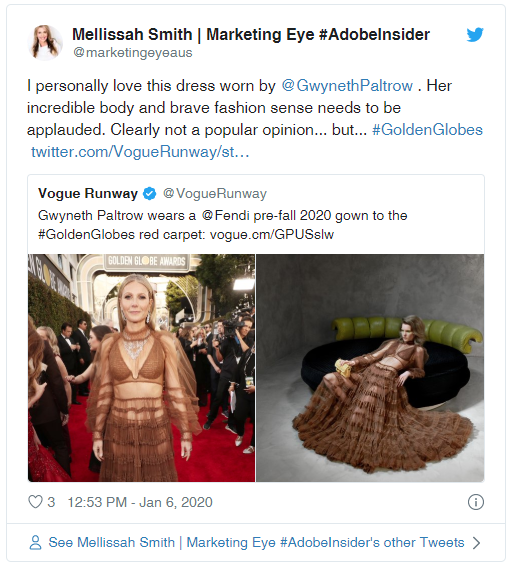 Unfortunately for Gwyneth Paltrow, most of her fans did not approve of her Golden Globes naked dress, especially when her backside was on display. Yes, her front lady parts were perfectly covered, but she let her toned tush hang out.

Oh, and then there was the large necklace Gwyneth wore under the sheer portion of her dress. It was an odd choice that left fans scratching their heads as to why she would add the accessory. 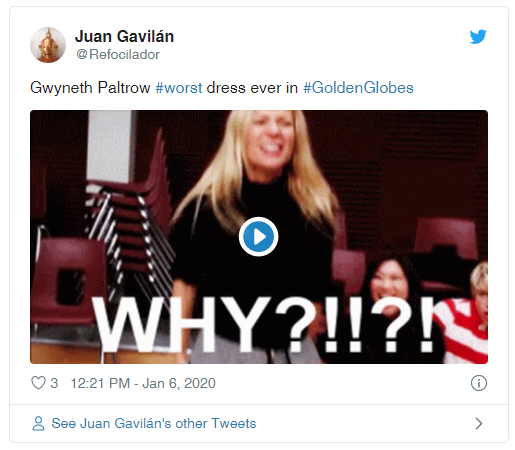 There were many different reactions to Gwyneth’s dress at the 2020 Golden Globes. However, most can agree the actress missed the mark with the gown. She made a bold choice, but Gwyneth’s look was most definitely not a hit.