The new sales and marketing plan : how to boost sales quickly

February is a great month to take stock of where your company is heading. Closing in on the "pointy' end of the financial year in Australia, companies there are taking stock of whether or not they will make their sales targets.

Marketing Eye is safely on-track, but instead of sitting back and watching the new clients come in, we are firmly placing our feet on the accelerator and going full steam ahead. Our Melbourne and Sydney offices are looking for 50 new clients before the end of the financial year.

So, like any good manager, I have put aside a marketing budget of $150,000 to be spent on sales and marketing activities. Our internship program ensured that we had a heap of new ideas, and alongside our new exposure to the US-market and the way they use technology to power marketing campaigns, I have to say, I am fairly confident that this goal is achievable.

Why common sense is hard to find

Common sense is not so common. The older I get the more I realise the truth to this statement.

Lately, I am getting more and more frustrated about the lack of common sense amongst the young, and today I realised that perhaps I am being a tad unfair. Gen-Y are not apt at using common sense particularly when it comes to business. I find myself constantly pulling my hair out when I hear and see things that they do, because I just don't get it. I don't understand how something so basic can be forgotten, not thought about or completely ignored.

But am I being unfair. Often its things that they have been trained on, and they just constantly forget a process or sometimes its just when a client or supplier asks a question that has an obvious answer (at least to me) and they just don't get it.

Ignoring my #24yrold and #24yroldblackguy (the latter is his own hash tag - not mine!), I find myself constantly getting irritated at the lack of common sense in the typical Gen-Y. They are the exception and I have never found myself to be having "the conversation" with them.

With lots of thought given to this problem as it seems to be the only issue I face in the office these days, I realise that perhaps its actually mine. In general, I have had 10 years to hone my skills to ensure that I think before I act, and based on experience, minimize errors. I cross all my "T's" and dot all of my "i's" - if you know what I mean.

The question is, what is common sense? To me it is not another kind of knowledge, nor is it a simple cognitive process or ability. My common sense tells me that is as complex as the factors inherent in a situation to which it may be applied.

On Saturday, I received a call from my friend Samantha, that her former colleague had just committed suicide. She was in shock and needed to take stock - and rightfully so.

Charlotte Dawson's name only became known to me through the media about "trolls" bullying her on Twitter. At the time, the media was reasonably supportive of her plight, but columnists and bloggers including myself were on the fence. If you took time to read the dialogue well before it became public you may have an opinion that some of the things that she had openly said about other people were not so nice either, and as an adult, some of the insults that flew back to the "cyber bullies" were something that you would be horrified about in a school yard.

Now, that doesn't mean that cyber bullying is acceptable - as it is not. I too have been prone to have a few trolls pass both of my Twitter accounts which combine amount to 41,000 followers, on some topics that I have chosen to write about on this blog, namely the one on how women can help their man be more successful. Apparently, I am stuck in the 50's but the trolls took it a little bit further and threw a few distasteful words my way. I politely replied to some (not all) with "Thank you so much for sharing your opinion. I respect everyone's point of view and perspectives." It stopped within 24 hours, only after my website had more than 100,000 visitors. 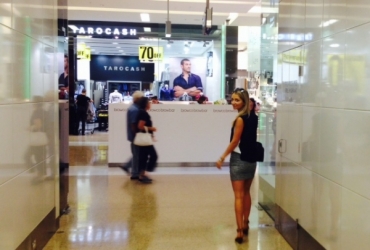 It's only 7 weeks in and it's already been a roller-coaster of a year. I am already exhausted. Everything imaginable has happened to me this year, but somehow exhilarated at the same time.

There have been so many changes; life, business and game. I feel like I have lived through so much, yet there is still so much more to achieve.

Yesterday, I had the privilege of spending half an hour with a young entrepreneur by the name of Kylie Marie, who is inspiring, ambitious, energetic and ready to take on the world. I now know why older people liked spending time with me when I was new to business, because that energy is contagious. I couldn't help but smile and be totally inspired by what Kylie is doing and her fearlessness in business. Her brow bars, Browco Brow Bar, will be everywhere in the next year or so, along with her eyebrow products that are to die for.

It's Monday, and I have already worked one day of the weekend, yet I haven't touched the surface.

Why is it that when you really are passionate about everything you do in life, that something always holds you back. In my case, it's time.

I always say, that time is the most important thing you can get from someone in your life. If you have their time, there is nothing else you will need. But time is harder than you think. With running an international business, having my fingers in quite a few different business pies, dedicating time to charity, trying to get a little bit of training in and developing technology - writing books and painting has definitely been put to the way-side. 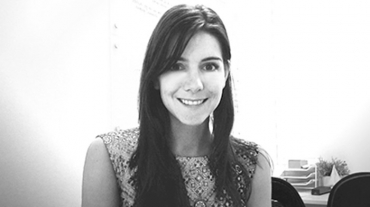 Marketing maven, Tegan Addinsall, a senior marketing manager at Marketing Eye Melbourne came bursting through the front door of the office this morning with the grandest smile on her face. It was 7.30am in the morning, and although I was at work, I didn't even have my makeup on and certainly hadn't finished my first cup of coffee.

"I love my job!" expressed Tegan. She definitely does. Every day she comes to work with the biggest smile on her face. She is incredibly smart, and knows her "stuff" better than most. Sometimes annoyingly, she smiles and laughs so much that I want to hit her over the head with a book, so she can come down to my level (not really!).
Published in Culture
Read more...
Thursday, 13 February 2014 17:51

When love drives you crazy

We've all been in love at some stage in our lives and as St Valentine's Day approaches, it gives those with a romantic bone in their body, something to think about.

Over the years, I have been with some of the most romantic men imaginable. St Valentine's Day has been filled with surprises, flowers, love notes, jewellery, surprise holidays, art and above all - love.

It caught my attention by accident. I was in an airport and Scarlett Johansson popped up on facebook. Apparently, after eight years of being a global ambassador for the anti-poverty group Oxfam International, their relationship had come to an end due to her doing a Super Bowl commercial for SodaStream.

Now, that's a word I haven't heard since I was a child. SodaStream was in every home when I was a child and at some stage, went down the same route of so many other popular brands that are "fads" and became a thing of the past.

The uproar was because SodaStream operates in Ma'ale Adumim, a large Israeli settlement in the occupied West Bank.

The pedigree marketing background in consumer products that CEO Daniel Birnbaum credits to his name, was the reason that SodaStream fell in his lap. A friend asked him some years to have a look at the operations with him as he thought it was undervalued. After much consideration, it was decided that for $6 million, they would buy SodaStream and Birnbaum would take over as CEO.

I have watched Birnbaum and I would say that he has a "Steve Jobs" style about him and without doubt the same marketing nous.

Instead of selling SodaStreams to sit on your kitchen bench, he revamped the design so that it looked great on the bench and then started a multimillion dollar marketing campaign to showcase how much more environmentally friendly SodaStream is compared to Pepsi and Coke.

It was this head on approach that caused an uproar over this years Super Bowl Advertisements, causing SodaStream's original advertisement to be banned by Fox. Instead the advertisement was placed up on YouTube and received almost 13 millions worth of hits and was shared on every social media platform imaginable. On top of that, they received tens of millions of dollars in free editorial worldwide, literally putting SodaStream back on the map. It didn't harm them any having one of the most beautiful women in the world, sipping SodaStream from a straw.

In an interview with USA Today, Daniel Birnbaum said of the whole debacle of using the phrase "Sorry, Coke and Pepsi." : "Which advertiser in America doesn't mention a competitor? This is the kind of stuff that happens in China. I'm disappointed as an American."

As a marketer, I think Daniel Birnbaum is a genius. He may be using big agencies, but I suspect that he has alot to do with just how successful SodaStream has become. From a $6 million investment, the business now has a billion dollar market cap and while they don't have the marketing budget of Coke and Pepsi, they are giving them a good run for their money by clearly differentiating their value proposition. Who doesn't want an environmentally friendly solution and to save money at the same time? As for taste, I am neither here nor there. They both taste different but I am fine to carbonate my water with a SodaStream if it means that I don't have cages of landfill that is directly contributed to my laziness of buying on the run.