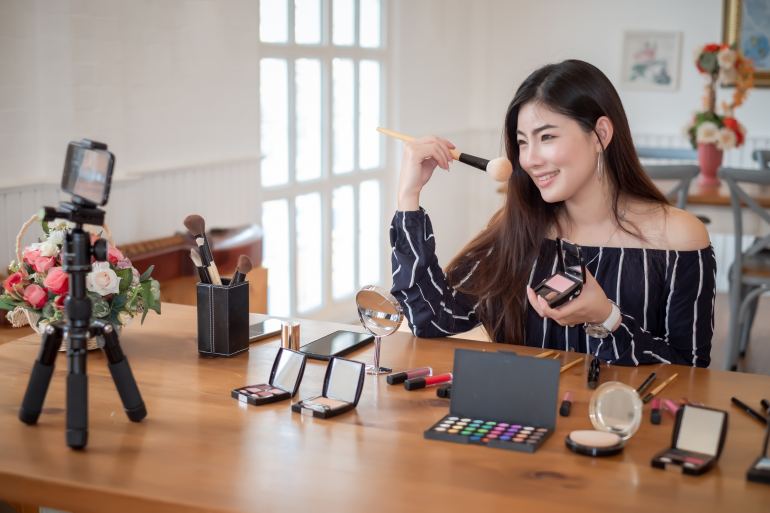 Social media is taking an increasingly larger portion of any marketing strategy, where, as of 2021 - there are 3.96 billion people using some form of social media. It’s an ever-expanding landscape that allows for a multitude of interactions where influencers are partnering with brands for paid promotions, and brands are leveraging influencers to boost their brand awareness.

In case you didn't know by now, influencers are individuals who have a following of people across a digital platform, and by “following”, individuals can subscribe to view the influencer’s published content. Influencers are not necessarily celebrities as the size of this following can vary across influencers from just a couple hundred followers to thousands and even millions, categorizing influencers as nano-influencers to mega-influencers. These influencers can be experts in their niche and have the potential to influence their followers - to varying capacities.

Why are influencers so powerful for your marketing strategy?

People have grown wary of corporations. With growing concerns for data privacy, consumers have become cautious of these corporations run by faceless individuals who are supposedly, out for their hard-earned money. Consequently, it is of no surprise that word of mouth marketing is the strongest form of marketing. People trust earned media, that is, recommendations from family and friends. Consumers have a relationship among their social circle and, therefore, are more likely to trust these recommendations over recommendations from corporations, themselves. Consumers have a similar relationship with specific influencers. Essentially, influencer marketing is a modern spin on the more “traditional word-of-mouth”.

Hypothetically, an individual could be following a certain influencer who is widely known to be an expert in the gardening industry. This consumer is likely to have an interest in gardening, themselves, and are hoping that by following this influencer - they are receiving high-quality product recommendations and general information on gardening that only expert gardeners are privy to. Therefore, there is a similar sense of rapport between an influencer and their followers that is comparable to an individual and their personal social network. The followers are more likely to trust the advice/recommendation and are, therefore, more likely to engage in the consumer-decision making process. For example, if this hypothetical influencer made an Instagram post highlighting how useful an electronic rake was, perhaps, their audience would be more inclined to contemplate whether they would benefit from an electronic rake. Whereas, if an electronic rake company had advertised on Instagram how great their product was, an individual would likely disregard the advertisement as a simple money-grab. This leads to higher conversion rates to drive sales and then, higher profits and ROI for your company.

How can I get started with Influencer Marketing?

Once you’ve got a shortlist of potential influencers, consider who is within your budget. Influencers range from Nano-influencers to Mega-influencers and their specified partnership rates can vary, significantly. Bearing in mind that it is not always the case that partnering with a more expensive influencer will always reap the most successful results. Typically, smaller, and lesser-known influencers hold a more loyal following and therefore have higher engagement rates. This means more of their following will be actively viewing and engaging their content. Whereas you might be paying triple the amount of money for a more popular influencer, only for half their following to actually view their posts. Essentially, what you’re paying for isn’t necessarily what you may be receiving.

There is also a higher value among nano-influencers because they would have established a stronger rapport with their following. They are yet to lead such highly unattainable, glamourous lifestyles and are therefore more relatable with their audience. They are unlikely to make a substantial living off sponsored posts since they aren’t widely known and most importantly, their authenticity is valuable. A nano-influencer is going to be highly passionate about their brand sponsorships in comparison to a mega-influencer who is likely bombarded with brand contracts on the daily.

How do you use influencers to market your brand?

It is crucial to map social media campaigns in accordance with your business objectives. Perhaps, you want to utilize social media to achieve successful market expansions and product positioning. Perhaps, you wish to grow your brand presence to improve relationships with customers but also to attract higher-quality talent. It is important to establish a goal and message in mind because working with influencers is best achieved on closely managed contracts. While it can be beneficial to allow your influencer some creative freedoms, it is crucial that you communicate what tone and message you wish to send to their followers, to avoid any misaligning communications. It is, however, imperative to not completely dominate the influencer’s vision as no one knows what kind of content their following considers most engaging than themselves; they did amass their following for a reason.

Influencers can be a great marketing asset

Giveaways, posts, referrals, and contests… the possibilities are endless with influencer marketing, and it could be the missing piece to successfully growing your business. And with millions of influencers on social media, there is an untapped audience of potential waiting to meet your product.

If you require advice on your social media marketing strategy, speak to an experienced consultant today.

« Tell Your InstaStory Like This
Marketers still think of TikTok as a dance platform. Here's why that's a problem »