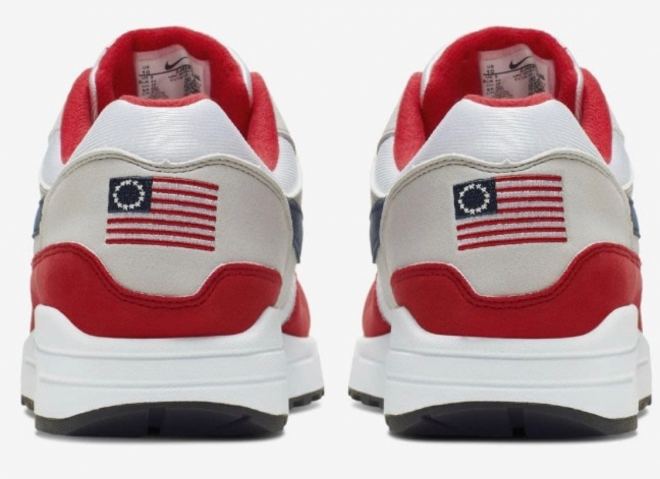 What advertising campaign saw a pair of shoes skyrocket 1,329%?

03 Jul
One pair of Nike shoes went up 1,329% in what is proven to be Nike's biggest marketing campaign of the quarter, just by releasing the fact that the shoes would not see the light of day.


Nike canned a limited-edition Air Max 1 honoring the Fourth of July, on the advice of star controversial sportsman Colin Kaepernick.

Receiving millions in free publicity, one has to wonder whether this marketing campaign was a strategic windfall for the sporting apparel giant, with the sneakers referencing a Revolutionary War-era version of the American flag. It appears that Nike is courting controversial marketing campaigns as its way of receiving global free publicity and social media sharing.

Conveniently Nike had already shipped the shoes to retailers, and within hours of the recall, found themselves on the secondhand market. What was to be a $140 sneaker, suddenly appeared as a $2,000 sneaker in high demand featuring 13 white stars and a circle.

Arizona Governor, Doug Ducey, made a name for himself by tweeting that the state would not offer Nike financial incentives to build a manufacturing plant. A stupid move because the plant would have cost $184.5 million and employed 500 people in a time that the state really needs the employment boost. It would not be the first time that a Politican has sacrificed employment for their own global publicity. I would never of known the Governors name had it not been for his now world-famous tweet. It looks like his state's loss based is another state's gain. I'm hoping that Atlanta, Georgia gets the windfall.

What makes this campaign particularly smart is:

This strategic move using influencers and Nike's own platform to boost the sharing of Air Max 1 Fourth of July sneakers ensured the lessor mortals like myself went crazy sharing it's images.

After his previous controversial campaign, Kaepernick needed this much need PR blitz to resurrect his brand in the media. It worked because we will only remember him for his latest move, not other campaigns where he has sported controversy.

Nike has long looked after collectors of bespoke shoes, and by recalling the line from retailers only at the point where they would have known that they would be sold on the secondhand or black market gives fast working shoe collectors the leg up and another highly valueable shoe to their collection.

Smart, fast moves by brand Nike saw it's retraction of the shoe at lightening speed give the company the benefit of the doubt amongst consumers and only media and publicity hungry D-graders have fought to leverage their own brands out of the after-math. Nike, however, has come out smelling like roses. They moved fast and swiftly. No-one isn't going to buy a Nike shoe this summer.

Conversial campaigns are not always managed so well, but Nike has the biggest shoe marketing budget on the planet, and hire the best.

« The ABCs of ABM
Who’s your marketer »