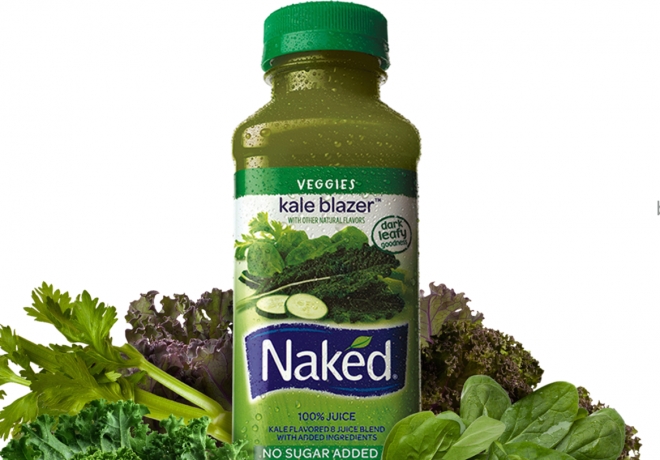 Is Marketing Naked a Good Idea?

Well a PepsiCo brand supposedly taste way too good for its own good! They have just been sued by CSPI, America’s food watchdog, on the basis that their marketing tactics were misleading to the general public.


We all know these colorful, sugary drinks they call Naked Juice. They position themselves as a “healthy” alternative to Pepsi’s regular sodas. But according to the Center for Science in the Public Interest, these smoothies can rack up more sugars than a regular 12 ounce can of Pepsi. In fact, a Pomegranate Blueberry smoothie has 50% more (61 grams) sugars than a soda, even though they market themselves as having “no sugars added”.

CSPI is also basing its charge against PepsiCo on the fact that the drinks are mostly made up of sugary apple juices and orange juices, as opposed to their labels that show nutrient dense foods like kale and berries.

My take on this recent charge is that it’s justified. Just recently, PepsiCo had to settle on a lawsuit for $9 million when they were sued for their label “all natural”. Though Pepsi officials say that this trial is baseless, I believe the evidence is stacked against them.

Unfortunately, this will be just another story in the “organic” marketing saga. These types of marketing terms sell products. And until people begin to educate themselves on what’s really going in their food, they will continue to fall for the same marketing gimmicks.

I do believe that we live in a day and age where marketers need to be thinking about the long game, and not short-term turnarounds. Social media is allowing customers to connect on a level unprecedented. This is not some fad!

I repeat: This is NOT going away!

People are talking more and more about the things they care about. And if you’re marketing tactics are misleading, you’re risking being exposed. And exposure to the elements of social virality can be deadly to a company. Just look at what happened to Wells Fargo!

Imagine if companies actually cared about their customers. Imagine how much of a better place our world would be. But also imagine how much more money you could make. Your clients are smarter than ever. In most cases, they know more about your company than a lot of your employees. And fortunately, social media is the catalyst for such an education.

« Are you a Top 10 Company to watch in Atlanta - if so, we want to feature you in Marketing Eye Magazine
Being a successful fashion designer is about knowing the numbers »