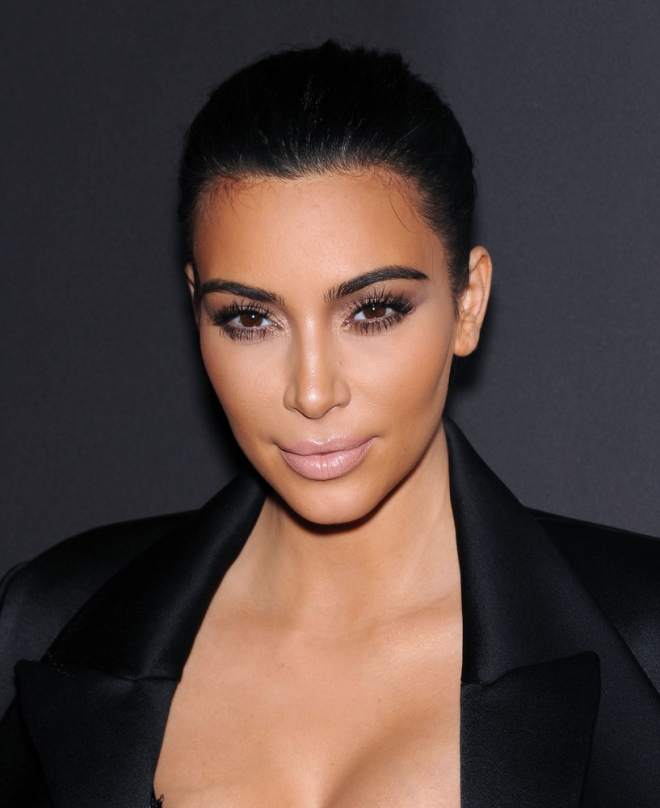 Behind the business of being a Kardashian?

02 Jun
The Urban Dictionary defines the Kardashian effect as “The practice of caring about D list celebrities who have no talent and contribute nothing to society.” However there is another more positive way at looking at this phenomenon, and that is to examine how the Kardashians became so popular on the first place.

In April this year, China’s Tencent bought a 14.6 percent stake in Glu Mobile for $126 million. The purchase has been put down to the Kardashian effect after the mobile game publisher struck gold last year with Kim Kardashian: Hollywood, a game that has the endorsement of reality TV celebrity Kim Kardashian.


Her name is a powerful business tool. It has done wonders for Glu. Not only did it help to attract the Tencent investment but the Tencent deal places Glu Mobile’s value at about $863 million.

Glu is now making games based on the lives of Katy Perry, Kendall and Kylie Jenner, and Britney Spears.

Forbes writer Maseena Ziegler says the allure is down to confidence. She writes, “According to psychologists at the University of Berkley in California, those who are overly confident and masters at self-promotion tend to trump those who simply get by on hard work alone. This means they are often promoted over those who may be more competent than themselves, as their bosses mistake their confidence for real talent.

Co-author of the report Professor Cameron Anderson says, “Confident people are more likely to attract social attention than less confident people; they are more interesting to watch and listen to. So Kim Kardashian’s success could be in part due to the fact that human beings are fascinated by confident individuals, even when their confidence is unjustified.”

Is Kim Kardashian’s fame unjustified? She is after all one of Time magazine’s 100 most influential people for a reason. They have even labeled her The First Lady of Fame.

Many of us, including myself are asking why. According to Time there are several reasons.

“Beautiful in an exotic, totally exaggerated way, Kim exudes energy, sexuality, drama, determination, impetuousness and happiness. But she and her famous, entrepreneurial siblings—shepherded by a savvy, tireless matriarch—have also expanded the very definition of family.

“The Kardashians are a totally modern construct. They are a blended family, of Armenian descent, with biracial pairings (Kim is married to Kanye West) and a reportedly transgender parent. They work hard, and they stick together through thick and thin.

“Despite the flamboyance, the self-aggrandizement and the self-promotion (Kim set out to break the Internet by baring her bum in an extraordinary photograph), Kim comes across as an enviable big sister in a clan where everyone seems to love one another. Are they indeed today’s Brady Bunch?”

There is no doubt that Kardashian’s fame is due in part to her confidence and perhaps is a little bit reliant on her close-knit familial connection; everyone loves a family that sticks together. But it is also due to a very well cultivated brand and image.

According to Elle magazine Kim Kardashian invented a school of self-branding. “From her ability to market her God-given assets to her shrewd understanding of an emerging economy, we could all benefit from attending the Kim Kardashian Krash Kourse on Kapitalism. (Sorry.)”

Every business decision she makes, everything she wears and even the negativity that comes her way is meticulously focused on image cultivation.

1. It all comes down to spin
Remember when the sex tape came out? It could have been a career killer. This was in 2007, before she was the powerful figure she is today. Yet she sued Vivid Entertainment for "leaking" her tape and won $5 million in the settlement. Her image was untainted and she proved herself to be a shrewd operator. Following the incident Kris Jenner, who'd been shopping ideas for a family-based reality show, then seconded Kim to capitalize on her growing popularity. Amanda Scheiner McClain, author of Keeping Up The Kardashian Brand: Celebrity, Materialism, and Sexuality, says, the Kardashians took advantage of the "low-level stuff that titillated and fascinated the American public." It was a case of spinning the negative into one of the most potent weaves we will see this century.

2. Sex sells
There is a vast difference in the way Kim Kardashian sells her sexuality as compared to some of her contemporaries. As Elle magazine notes: “Kim is emblematic of a change in the cultural script: The Kim we've gotten to know through seven years of Keeping Up With The Kardashians, social media, television appearances, and interviews, isn't wild. She doesn't drink. She prioritizes monogamous relationships. She loves her child, husband, and family. Kim is a walking contradiction—a ‘sexy good girl’, as McClain puts it. She can pose provocatively for Playboy, then go home to have dinner with her family. Kim's contradiction—her refusal to be seen as either 100% slut or 100% pure—is a far more accurate reflection of the complex sexual lives women today actually lead.

3. She is a social icon and relatable
She stands up against bullying. She stands up for positive body image and she normalises what is actually normal.

"Get a life! Using pics of me 15lbs skinner (before I had my baby) comparing to me now! … Anyone who has had a baby knows how hard it is to lose weight (especially the last bit of weight) & your body totally changes! Making fun of me pregnant & making fun of me trying to lose weight now shame on you. I'm not perfect but I will never conform to your skinny standards sorry! … Don't give young girls a complex!"

That was a Twitter post and it was well received, because she used her image in a relatable way.

4. The value of marketing
She is a marketing genius. In an interview with The Times UK she said: "If I had a great voice or was a great actress, that would be amazing. But I'm realistic: my skill and my talent is marketing."

Kim's Twitter and blog presence are cited by marketing professionals as exemplary. McClain writes, "What [Kim] has successfully engineered is a commodification of the public obsession with her, forging a connection between her image and whatever product she's trying to sell."

5. Brand value
From great marketing, come some of the biggest brands in the world. I am not sure that the Kardashians are as big as Coke, but this is a family that has built a branding empire. According to the New York Times, “Ms. Kardashian, along with her sisters Kourtney and Khloé, and their mother, Kris Jenner, command a branding empire that includes fashion boutiques, fitness videos, credit cards, a best-selling fragrance, skin care products and a self tanner. Ms. Kardashian herself has represented many other products in advertisements, including some that a reasonable person might consider to be sending mixed messages. In one ad she promotes QuickTrim weight-loss products; in another, Carl’s Jr. While it is not unusual for celebrities who are famous for being famous to aggressively capitalize on their exposure, Ms. Kardashian, who made her debut on the public stage in the form of a sex tape, stands out for the fact that she is generally still regarded in a positive light by many consumers.”

The key to image is to send a positive message. Those who do will no doubt come out on top and achieve their objectives. So let’s leave the last word to husband Kanye, who told GQ, "In order to win at life, you need some Kim K skills, period."