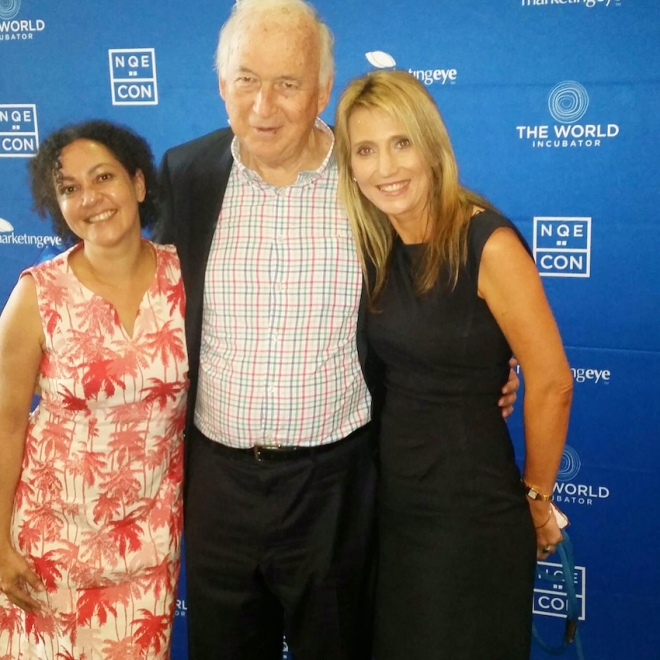 There is no glass ceiling, well no more than there are women who are stopping other women from reaching the top

13 Nov
As an entrepreneur, I have found that being a woman has been hugely advantageous to our business and continues to drive our business to new heights as it opens more doors than it closes.

While I have experienced inequality, and yes it has come from men, but overall, it is women that are more likely to hold other women back - and that is fact in today's society.


As a woman entrepreneur, giving it a go, it is very important that I empower other women to do the same and support women and men in their journeys as entrepreneurs and citizens of the world. Likewise, no person gets a job in my company due to sex, but rather ability to do the job and self-starting attitude. If they are not a self-starter, and prepared to work hard and learn, then quite frankly, they don't last.

Over the past few weeks, in part due to the US Election, the role of women has been front and centre. I am not American, but my staff are, and I would not vote for Hillary. I actually believe that American had two candidates that were not of the calibre of a President of the most powerful country in the world.

My reasons against Hillary are simple and are based only on my values:
Nothing more. I don't have anything against her for being a woman and in fact, it is timely that a woman take the top job but it has to be the right woman who the world respects, and can go down in history as being a role model. I am not sure whether Hillary Clinton would be that person in my books, but it is ok if it is in yours. Additionally, she should not get the job because she is a woman. That is just ridiculous that high profile people, including herself, thought that should be the case. The right person should get the role and I don't care if someone has worked their whole life to be that person - it simply has to go to a deserving individual, one with integrity, morales and that doesn't lie. I wouldn't want my child looking up to anyone else.

As for Donald Trump, congratulations. He did the unthinkable without the support of the media and he did it largely on your own. I respect him as a business person and the fact he was a billionaire in the 70's. Imagine how big of a feat that would have been. As for the sexist comments - grow up and man-up! But sexist locker room talk pales in comparison to selling weapons to terrorists and letting terrorists fund a Presidential campaign.

When you have two candidates like this, for me #livesmatter and saying terrorism is not ok is more important than a guy who needs to grow up when it comes to conversations about women. Overall, I do think he will do a good job and everything from his opening speech through to his measured approach to communications since says so to me that the world should give him a go.

As for the celebrities that said they would move country - they should stand by that and move country. If you are going to say things like that, stand by your word and don't flippantly throw words like that around trying to sway your "fans". I bet every single person who outwardly tried to seduce their fans with their celebrity would have lost a few in the process.

Angelina Jolie's perspective would have been interesting

Few celebrities have the education and knowledge to be in a position that they can make such political statements in a Presidential election. I probably would have been interested in what Angelina Jolie would have to say, because she has more credibility. I noted that even George Clooney was conservative.

As an entrepreneur, I know that the sky is the limit. I have had men talk down to me because I am a woman, but that is few and far between. I have had more women be nasty in my life then men trying to stop me achieving my goals.

I say to women - stop

So, I say to women - stop. Be kind. Empower other women. Stop being so competitive just because someone is more successful, prettier, richer or well-known. Don't step on another woman to get to where you want to be and never, ever bad mouth another woman. That is a character assassination on yourself because anyone with a brain can see straight through it and anyone without a brain, is not worth mentioning in this context.

Get behind women movements, but at the same time don't leave behind our men, or our sons. Empower them too. Always ensure it is the best person for the job, not a gender decision, but a decision based on qualities and experience.

Challenge the status quo and keep moving forward. Think outside the square and never be afraid of what is possible. Don't put down other women that choose family over careers, because they are very important to society and they are helping out where we cannot due to our work commitments.

(Picture credit: Television Veteran Tania Nugent (spoke on the importance of women taking a step forward to create change and perception so that they can take a seat at the table), Billionaire Canadian/Australian Businessman Jack Cowin (empowering women and entrepreneurs) and Serial Entrepreneur Mellissah Smith (helping rural communities create jobs through entrepreneurship with a natural equal number of incubator startups owned by men and women - that were not selected due to gender).