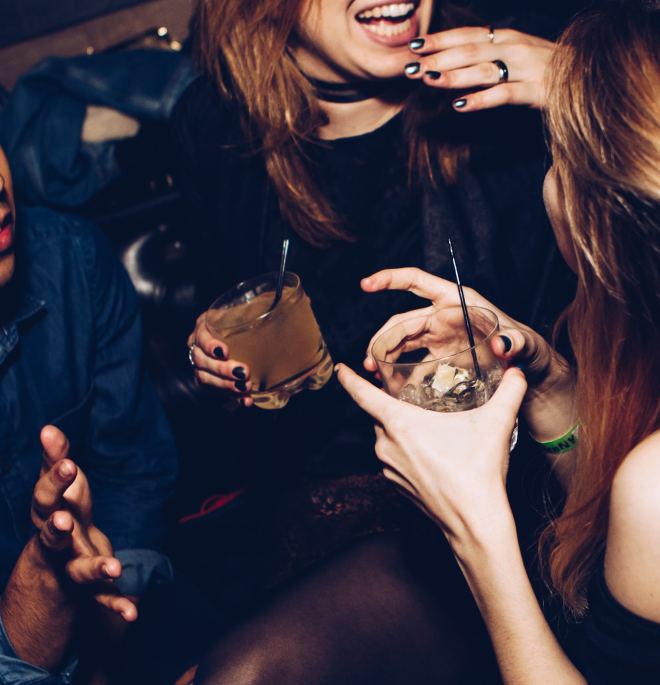 29 Jan
For 20 years I have been in business and it's been one hell of a ride. There are been heaps of ups and a lot of downs, but if I look at the big picture, I am very happy with my choice.


I started off surrounded by women and men, all rooting for my success - or at least I thought. Over time, as I became more successful and road the wave, some dropped off. Not the men, just the women. At first I use to feel hurt and didn't understand why, until finally after so many other women that have been in my shoes before shared their stories with me, I accepted that it is life.

Women come into your life for a reason, a season or a lifetime.

If you look at what success looks like for the many generations of women out there, it is very different, however, I can definitely make assumptions on my era and most probably millennials. The gen-x's of the world were given a green light. Our mother's started to pave a way for us to be counted and we took that to the next level. We still played by many rules, but were able to forge our way to the top of the tree, if we so desired. We stopped being just mother's and had a choice as to whether we were to focus on career or motherhood or a bit of both. What a privilege it is to have grown up in that era.

Some needed both due to finances, while other's were given a choice.

I look at my sisterhood; my best friends from school and earlier on in life - all of whom are still my friends today. Actually, they are my best friends and I feel especially privileged for that. From school, all with the exception of one, supported my every endeavour. We may have moved away from each other, but they were always secretly proud that I went on to do 'things' that made a difference or in some cases achieved a result I would not have gotten had I stayed in the country town I grew up in.

The exception, is an awesome human being. She peaked too early as she would say, and health has stood in her way. She so happens to be a psychologist although she hasn't really spent much of her career doing that role in a full-time professional sense. We talk for hours on the phone every time we catch up. It's therapeutic and it also brings me back to where I grew up in a way few people are able to do. Due to her ability to have insights into her own state of mind and mine for that matter, she has shared a few things with me:

Let me repeat, this women is an awesome human being and a good friend. To be able to have these conversations is a privilege. Yes, we didn't talk for a couple of years, but that was not me not talking to her, it was her not talking to me. As she would attest, I didn't do anything wrong, I was just living a different life.

Lesson 1: Don't let jealousy hold you back and never ever compare yourself to another
Lesson 2: You don't peak at high school or at college, you peak many times in your life and you should always strive to keep peaking
Lesson 3: Don't let your mind hold you back, or a disability, or anything for that matter. You can realize your wildest dreams if you work hard, stay positive and believe in yourself.

When you first start work, you meet new people. For me, there were 4 women that really made an impact in my life and are still my friends today. These four women are phenomenally talented women, smart as a tack and capable.  They together are not friends, yet they formed my friendship circle. I was the centre only because their personalities were different. However, not once has any of those women said a nasty word about each other, competed for my affections or done anything other than pave their own way in life.

One is a television presenter and producer, another started out in the creative industry and is moving closer to marketing, two started out in advertising and one went into finance and entrepreneurship and the other became a serious player in the corporate world climbing the ladder all the way to the top tier of one of the biggest companies in Australia.

I am so proud of them. They are fiercely smart, creative, different and they all live life by their own definition. They are also strong women.

Lesson 4: You can start at the very bottom and make it to the top if you work hard, learn along the way, bring other women with you, and never make excuses for not reaching your full potential.
Lesson 5: Your currency is you and not what you think people think of you. Keep being unique and an individual.

I've lost a lot of friends along the way, but I have remained consistent. It's the one thing people always say about me. I am the same person. Don't let someone else's issues affect your ability to realize your own dreams and never let someone else's dreams be yours. Work out what you want, when you want it and what you need to sacrifice to achieve that goal.

What I have noticed that has been particularly important is bringing other women with you, and not at the expense of men, but because they deserve your time, energy and respect. We each have a role to play in the world and if we truly want to make it a greater place in which to work and live, we have to stand up and be counted. We have to not be afraid that our opinions differ from another's and definitely don't let our perception of who we should be in the eye's of others hold us back.